Marketing Strategies from Game of Thrones The final episode of “Game of Thrones” aired just a few days ago, even if you are one of the few people that has never watched the show, you have more than likely heard of it and are familiar with the brand “Game of Thrones” (GoT).  There were great marketing strategies developed for Game of Thrones, strategies that many businesses can learn from. 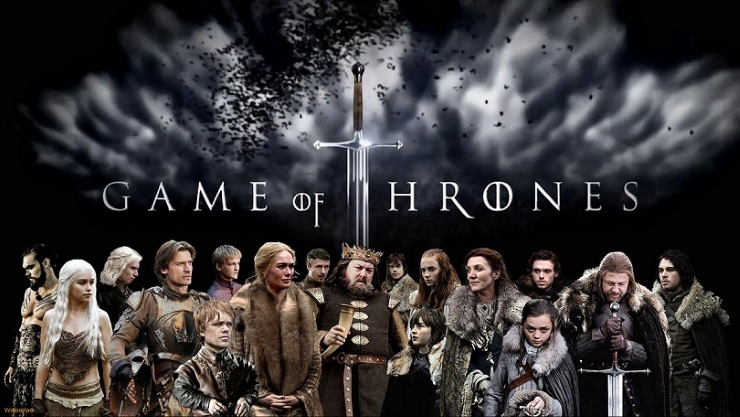 Image is Copyrighted by HBO, no copyright infringement is intended. Obtained from https://www.thedrum.com/news/2015/07/17/brand-day-game-thrones

The Game of Thrones Brand

The brand is one of the most recognized in the world, over 100 brands have collaborated with “Game of Thrones”, including household names like AT&T, Adidas, Budweiser, Mountain Dew, The Red Cross and Oreo’s just to name a few.

There’s a reason such household names are paying to integrate the GoT brand with their own, that reason is the sheer popularity and cult-like following that GoT has achieved. You could say that Game of Thrones has changed the game (pun intended), GoT has consistently ranked as one of the best shows on television since its first episode aired on April 17th, 2011. The numbers speak for themselves.

Even with all of these great accomplishments and recognition, “Game of Thrones” did not live up to its reputation in the last season and especially with the series finale. Rotten Tomatoes ranked seasons 1 through 7 between 91% on the low end and 97% at its peak. However, they ranked Season 8 a dismal 67%.
It could be argued that the massive decline in ratings is irrelevant, as the show has ended and massive amounts of revenues have been generated, along with great profits realized. A television series has the luxury of calling it quits with minimal repercussions, a business, on the other hand, does not.

We have identified several Marketing Strategies from Game of Thrones that just about any businesses can benefit from.

People conduct business with sources they trust, one way that trust is earned is through reliability. A key premise in being considered reliable is having consistency. Consistency throughout, whether it’s something “small” or a major issue, or project. This is exemplified in the common belief that people will remember one thing that you do wrong, but forget numerous others that you did right.

As a diehard fan of “Game of Thrones”, I can tell you firsthand that Season 8 was not nearly as good as the prior seasons. That is not only my opinion but the opinion of many others, including over half a million people who have signed a petition to have Season 8 remade.

The reason I believe that Season 8 did so poorly is that it was inconsistent with the prior seasons, specifically, it lacked the “shock value” that prior seasons had. This could be attributed to the fact that content from the book that “Game of Thrones” is based on, A Song of Ice and Fire by George R.R. Martin, was depleted by Season 7. Hence, the primary content source changed, although Martin was involved in the writing of Season 8, he was not the one leading the charge.

A brand is an identity for a business or a product, somewhat comparable to a person’s legal name and social security number. The identity created by a brand carries along with it a reputation. The image and value of your business or product are also tied to that brand. That’s why developing a great brand is critical.

As “Game of Thrones” has proven, a well-perceived brand has a great value and generates opportunities. The 100 plus collaborations that GoT has participated in have generated tremendous revenues while creating greater awareness of the “Game of Thrones” brand. For example, imagine if someone that has never watched “Game of Thrones” orders a soft drink at a fast food restaurant, and sees the GoT brand all over the cup. That person is now aware of the brand and may potentially watch an episode or ask friends about the show. The collaboration has created a win-win situation where both brands gain awareness.

This is especially true in today’s business world; organizations today face a very competitive and dynamic environment that changes quickly. People tend to resist change because it conflicts with their need to maintain their sense of personal security.

Successful organizations will have a positive attitude towards change. They plan for and expect change by strategically planning in a goal-oriented manner. They try to avoid surprises, but if they should happen, the impact is minimized due to preparation and planning.

Several characters were introduced and eliminated throughout the 8 seasons of “Game of Thrones”, and this continuous change kept the show fresh and exciting. You may be asking how this correlates with the lesson of consistency. “Game of Thrones” kept the plots consistent while changing some of the parties involved.

This same methodology should be applied to marketing strategies. Develop a brand and keep it consistent while promoting it through various channels and mediums. More importantly, deliver consistent quality while monitoring your markets and adapting as needed.